My favorite meme that I’ve seen recently is that we should be careful of setting off fireworks because it might frighten dogs in the neighborhood.  Also, please stop with rainstorms as well.  We need to protect the dogs from all of the loud noises.  Dogs need to toughen up.  As a species, you’ve become soft in your old age.

Do people still bury money?  There are only three reasons that you bury money.  You’ve obtained it illegally, you don’t know how banks work, or you’ve started to crack mentally.  How many movies that I’ve seen where there is some weird treasure buried in some really remote area that has one fu**ing map to get there? You need a minimum of two maps I’m thinking.  How long did it take you to make all of these booby traps in the middle of the Amazon?  How did you get there in the first place?  Bury it under old man Baker’s flower garden in Tavistock.  Nobody is looking there.

It’s hilarious how much stuff the millennial generation gets blamed for.  Sometimes I just like to pile on.  Millennials broke the damn earth.  All of us older generations are trying to put it back together with good old-fashioned prayers and denial like normal people of the past.  Also, music nowadays sucks, and quit whining about the lack of money that you make – so annoying.

Played golf yesterday.  Had to throw out my undershirt after.  Sometimes I miss my wife being around so that I can walk through that door covered in sweat and just annoy here with affection for a minimum of 7 minutes.  It then becomes uncomfortable because she is actually starting to get upset.  I then go in for one last hug and receive a slightly more aggressive push.  This is when I know to stop.

Warning:  Do not go see this movie if you are feeling slightly sad or depressed.  It’s a beautiful movie about a Pastor that starts to see the truth in the way the environment is being treated as his faith gets tested.

I’ve searched becoming a hand model twice since the internet was created.  Both times were within a week of re-watching the Seinfeld episode, and feeling unsatisfied with Future Shop.  My hands are not beautiful enough to do this even though I’ve done under 9 hours of hard labor in my life.

I worked at the shop for 13 years.  The thing that I remember most is that I had a customer that came to see me all of the time named Hung Lo.  Really enjoyed that.

Was having dinner at TWH Social, since Sara isn’t home this is sometimes done on my own.  They had a dude up there playing the acoustic guitar just for me.  There wasn’t another person in the bar.  This is an extremely uncomfortable situation for both parties.  Do I clap after each song?  Do I pretend that he doesn’t exist?  Do I tell him to stop?  I just want to watch the ball game in peace.  After a few songs, I heard the dreaded.  “Hey, buddy, any particular song that you want to hear?”  Ah fu**, I’ve been called out.  I respond with the totally awkward.  “No man, you are doing great.”  This was said with a thumbs up.

Who wakes up at 6:14 am on Canada Day morning?  Debated going for a walk before it got hot out.  Then grabbed a coffee and began writing.  Have to grab a garbage can later on today, but that’s about my only set in stone plans.  Might take a walk through Victoria Park with the family.  Real wild day – might need an afternoon nap.

3) Cut off jean short party for men only.  Combine this with a sports shirt and you have a winning party.  Women can’t resist this beautiful look. 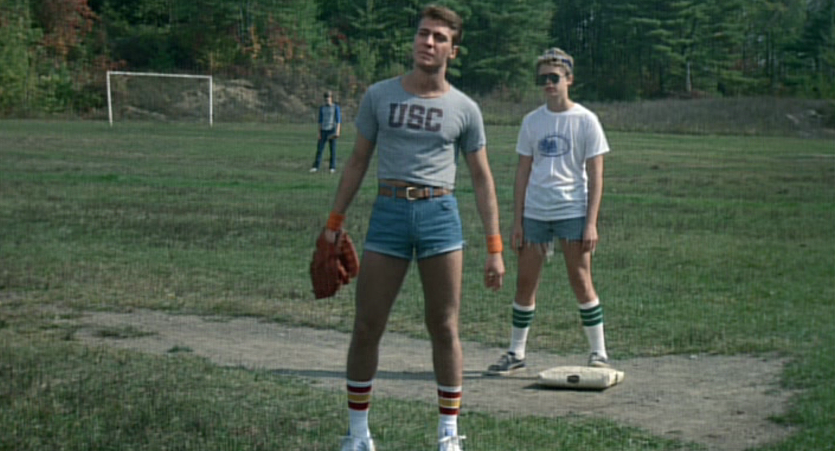 2) Child games as adults.  Get involved a drunk-ass game of Duck Duck, Goose or tag.  This usually ends in violence due to Mark forgetting the rules of children’s game getting ripped on for the evening.

3) Mushrooms or weed?  There are dozens of cookies and brownies.  You must continue to eat them until you guess three in a row correctly.